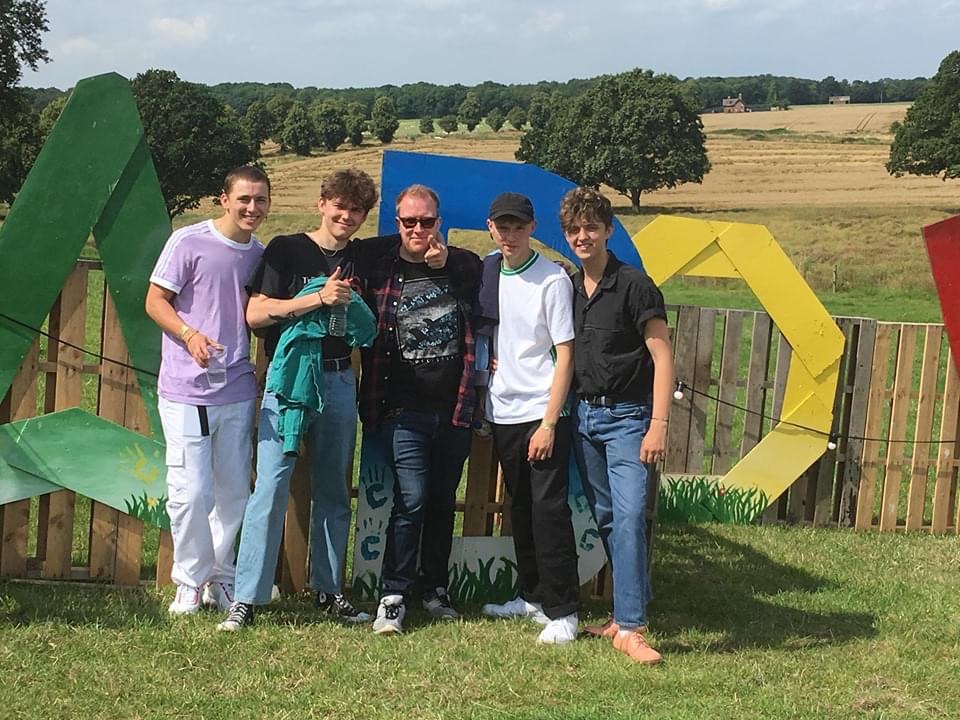 Picture: Tim with Among The Citizens [James McGonigle, John Gooding, Oliver Green, Christy Hoyles] at 110 Above (2019)

Off The Chart Artist Management (originally Off The Chart Promotions) was created in August 2012 by radio presenter and music lover, Tim Willett.

Tim saw this venture as the natural progression of supporting local up and coming solo artists and bands in Cambridge through his features ‘The New Music Generator’ and ‘The Unsigned Chart’ which are currently broadcast exclusively on Cambridge 105 Radio.

Over the years, Tim’s artists have been featured in publications including NME Magazine, DIY, Dork, Line of Best Fit, When The Horn Blows, Glamglare, It’s All Indie, received airplay on BBC Radio 1, BBC 6 Music, Radio X and Amazing Radio and received invites to perform at festivals including The Isle of Wight Festival, The Great Escape, 110 Above, Wild Paths and locally, Cambridge Folk Festival and The Big Weekend.

Tim has worked with PR companies including Super Cat, Sonic and Prescription alongside respected promoters DHP, This Feeling, Scruff of the Neck, Modern Age Music, Killing Moon, Chalk Pit and CloseUp. His artists have been offered support to emerging acts including Apre, Blaenavon, Bloxx, Eliza & The Bear, Gaffa Tape Sandy, Gengahr, Larkins, Slow Readers Club and Valeras and performed in venues across the country from Broadcast in Glasgow to Haunt in Brighton and he’s worked with mix and master engineers Jon Hucks (Spring King, Years & Years), Mike Cave (Lewis Capaldi, The Charlatans) and Pete Maher (U2)

If you’re an artist looking for representation, please get in touch on [email protected]

In addition to his work with Off The Chart Artist Management, Tim is a presenter for community radio station, Cambridge 105 Radio and Front of House manager at the Apex venue in Bury St Edmunds.