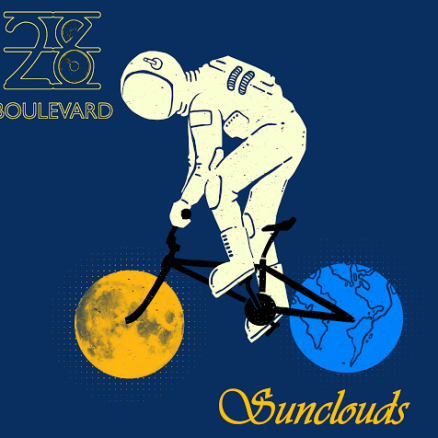 Sunclouds is the new five track EP release from 28 Boulevard released on 7th April 2014. The track features the lead single ‘Electric Feet’ and four other tracks which were written, recorded and mixed by the band.

With an absolutely filthy attitude and extremely impressive songwriting ability, the Sunclouds EP may just be the perfect introduction to our next indie rock heroes. The first of their kind 28 Boulevard are certainly not, but it’s not often you see such a potent, well-established blend of teen rock like this…

Cambridge’s 28 Boulevard were an NME find from last week – I especially love this song, but the rest of the ones on the debut Sunclouds EP are really strong too (available on Soundcloud or Spotify). 4 out of the 5 members are on some form of guitar, so you can imagine the type of rhythm section you’re in for