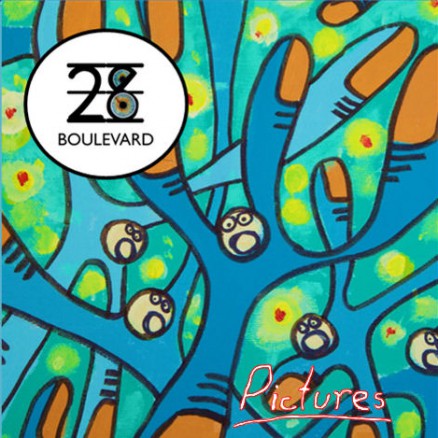 28 Boulevard’s Pictures EP was released in September 2012 along with a launch gig at the Man on the Moon. Containing four tracks of high intensity alternative-rock with a poppy edge, it begins with lead single Treat Me Like a Fool, an angsty song with a nonetheless optimistic vibe propelled by a strong beat. The next two tracks, I’ve Had it and Why Don’t You Move? pick up the pace and bring in more conventional alt. rock guitar riffs. The energy in these songs is channeled from their live performances, which have been honed gigging in and around Cambridge during the build-up to recording. Final song, MCE, has the band exposing a softer edge. Guitar arpeggios dripping in reverb and delay lead the track through from the calm beginning, to the pop-rock middle and finally the piano infused outro. Overall, Pictures, the first proper release from the band, aims to be a well rounded showcasing of the bands many facets.