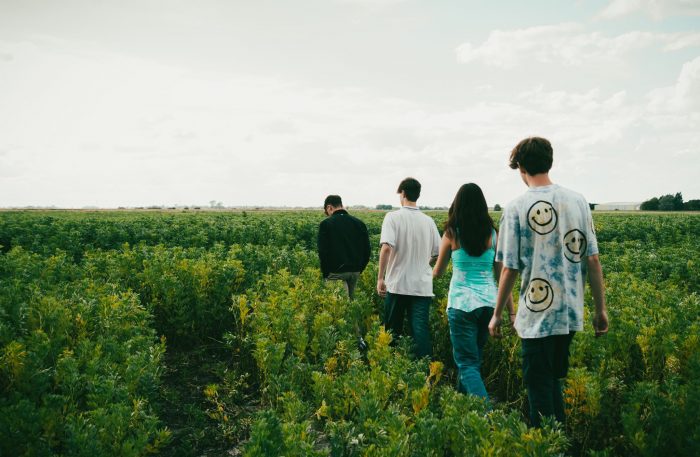 Sit back, I’m going to tell you a story..

It’s Friday 4th March and I’m in the middle of watching the fifth and final BurySOUND heat of 2022 at the Hunter Club in Bury St Edmunds. This was no ordinary heat of the competition though as due to Storm Eunice a previous heat had been postponed and so more acts had to be accommodated into the remaining two heats and also as a result the space we used was upgraded to a larger capacity too. As I’ve co-run the competition for some years now I’m used to discovering new bands but as this particular four piece band with an indie vibe began to perform I stopped scrolling on my phone (I admit it, I do that sometimes whilst some bands perform…) and paid full attention. I was pretty quickly captured by their confident stage presence and their catchy tunes so imagine how much more impressed – and surprised I was when they announced to a packed out room (200 people!) that what we were all witnessing was their very FIRST gig! I looked at Seymour (who I run the competition with), he looked back at me and we were both shocked and hyped in equal proportions.

The band I’m referring to here are Anorak – a four piece group comprising of Susanna (vocals), Theo (guitar), James (bass) and Ned (drums) and all just 16 years old. I often say that as someone who cannot play or sing a note I’m always in awe of anyone musically talented – especially when they’re so young. I later found out that this band had only officially formed a few months previously following the release of the second lockdown and that they were students at Bottisham Village College with some of the band living in Burwell. Those that know me well will instantly think of another band I successfully managed back in the day with the very same heritage. It got me thinking…

It’d been 8 years since I last signed a band so young. My years in artist management have allowed me to graduate to working with bands a little older and more experienced, keen to tour the country and play at some of the biggest festivals and venues possible. I love the positive challenge that The Extons and Reno & Rome both pose me in their unique ways and working with them allows me to better myself and gain new experience – BUT – I wondered what would it be like to take on a fledgling young band again, introduce them to the workings of a professional environment and establish themselves as a band everyone knows in their home city? The eerie similarities of Staycations aside, I resisted the urge to jump feet first at that stage with an offer to manage and just offered my congratulations at making such an impression on us all and said my door was always open for support through radio and any advice they may need (the same offer I make with any band I know). They didn’t quite make it to the final, but they weren’t far away and that for a first gig – and given the increased number of competitiors is huge credit to them. (By the way, one of the acts who won that heat won the whole competition outright.)

A few months later having played the bands debut (and self produced) EP on NMG regularly and offered advice here and there, an email landed in my inbox one evening from Anorak asking whether I would be interested in signing them – to be honest, I didn’t need to think about it for very long. I was in! Was it destined to be? Probably. This is a group of four enthusiastic, evidently hard working individuals who have some spark about them and it’s up to me to develop that and allow them to enjoy writing and performing their music with some professional support and mentoring.

If this group of teenagers – just graduated from Bottisham Village College and (mostly) live in Burwell continue to follow in the footsteps of the last band with the very same beginnings then we’ll have a lot of fun and success together – so bring it on!

Oh – and you can see Staycations and Anorak on the same stage in an unofficial Bottisham VC Alumni event(!) as part of the NMG Sessions on 23rd July at The Portland Arms.

To date – Anorak have reached the semi finals of BurySOUND, performed at the Fiver night at Cambridge Junction and released their debut EP ‘Make Up Your Mind’ which received support from both NMG and BBC Introducing Cambridgeshire. The band perform at the Big Weekend tomorrow (2nd July) and have a busy diary of live performances for the remainder of the year. The lead single from their EP ‘Girls Break Hearts, Boys Break Noses’ has so far been streamed over 3,000 times on Spotify. 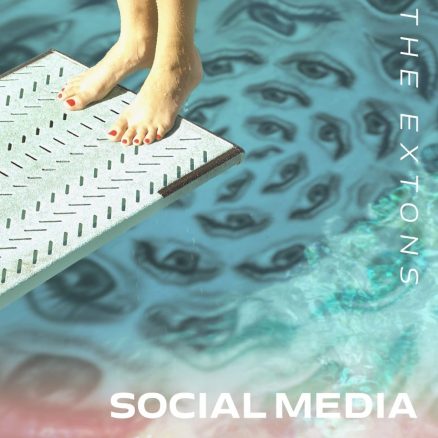