Welcome to another exciting and enthralling installment of my blog which tells you all about what I’ve been up to in my world as artist manager, promoter and radio presenter. Once again I’ve missed the end of the month ‘deadline’ to post this so the August update is being posted in the second week of September but I have been busy! This blog also proves my development in learning how to blog properly with lots of photos, videos and audio links!

The weather as I write this today suggests that Summer is now behind us and Autumn is in full swing but it was a busy end to the Summer for all three of my artists:

28 Boulevard and Lost Lungs started off September by performing once again at the Macebearer in Bury St Edmunds. Having taken part in their recent Battle of the Bands competition they’ve both built themselves up a following at this venue so it was nice to take them both back there to perform even though they didn’t win the competition outright.

The following day 28 Boulevard played just across the Norfolk border at a charity one day festival ‘Homefest’ – both gigs were performed as a four piece (the old line up) as guitarist Cameron was on one of his many holidays this Summer, then the line up got even smaller as Michael, Lewis LK and Lewis M played another charity event – this time at the Junction 2 for Red Balloon the following weekend. Michael was on lead vocals whilst Tim and Cameron were at Reading Festival – Michael is now the only member of the band who’s been at every single gig they’ve ever performed in various line ups over the years, that’s dedication.

The band came back as a five piece for the first time since their support tour in June as they played the Portland Arms and my NMG Sessions gig at the end of the month. It was a ‘coming of age’ gig if you like as it’s the first time the band have played there in the evening and they were sharing the bill with two excellent other bands in Treehead and Total Emergency. In all of these recent gigs they’ve been playing a range of new material as well as the old favourites and I have to say the new stuff sounds really good, definitely another step up on their previous work – my favourite is the (temporarily titled?) ‘Cameron’s Song’ which has the annoying ability to get stuck in my head at regular intervals! It’s called ‘Cameron’s Song’ by the way because he came up with the guitar riff – see, he does have some use other than being a Harry Styles look a like!
There are plans a-foot to record some of this new material and make a new release soon so watch this space.

In the mean time, the Junction’s Fiver Nights return later this month and once again 28 Boulevard are on the bill alongside The Varsity, Improvised Beach Party, Inck and From The Woods. If you’d like to buy a ticket they’re available for £5 from any member of the band. 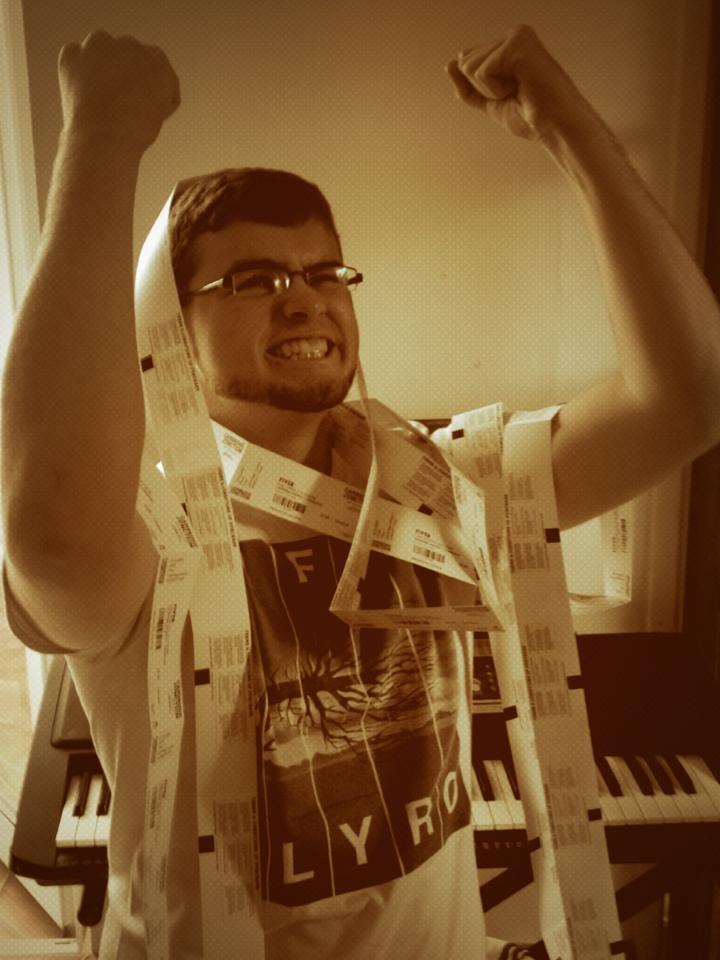 Moving on to Lucid who at the start of August ‘headlined’ the Huntingdon Comemmoration Hall for the second time in a year and once again people flocked in to see them and their supports which included the excellent Nathan James King play a 60 minute set filled with mostly new material and a few old favourites (Dusty Crayons anyone?). The night was another success in terms of numbers coming through the door and financially as it earned the band some more money to enable them to return to the recording studio soon.

Last Friday they played for the second time in London, this time at Surya Club in Kings Cross which was a weird experience for me having been there a few months previous with 28 Boulevard on the tour. It was a pretty small crowd in all honesty but there was a nice moment when two people had gone to the gig purely off the back of seeing Lucid’s music video for House of Cards and decided they wanted to hear them live! No matter how small the crowd or how long the journey was, when things like that happen it makes it all worthwhile. We’ll be back in London next weekend with a second appearance at Acklam Village and Portobello Market on Sunday, 15th September.

In my last blog I wrote about how the band had recently recorded two new tracks and that one of them (House of Cards) had a new music video, well since then there has been a second video released for the other track ‘Candy’ which you can see embedded below. Thanks again to Luke Williams for filming the video which was mashed together with live footage of recent Junction and Commemoration Hall gigs.

I should also say here that it’s been exactly a year since I signed both Lucid and 28 Boulevard up to Off The Chart Promotions and embarked on this unknown journey of artist management for the first time. I didn’t really know what to expect when I started out or if I would be very good at it – I deliberately chose Lucid and 28 Boulevard because I saw potential, knew I could help develop them specifically going forward and because they were all genuinely nice guys without egos whom I knew I could get on with – and who would follow my direction and listen to my advice. It’s been a great year and again if I’m honest we’ve achieved more in the last twelve months than I thought was possible at the outset – I’ve been on a week long tour, both bands have played at least one gig in London, they’ve both increased the amount of gigs they play by a significant margin – some of them are even paid! Most importantly their reputations within the local scene have got bigger and they’re both respected as very good up and coming young bands. I wonder what we’ll get up to before September 2014?

So what of the relative new boys to my stable of talent? (that last sentence has now conjured up an image of each band living in their own stable in a field somewhere.. although I’m sure some of their bedrooms resemble worse). I’m talking about Lost Lungs who a few weeks ago were dealt a blow when lead vocalist Tom Hailes took up an opportunity to go to University – and he leaves any day now! So, Lost Lungs have lost their singer and they’re on the look out for another. A vocalist is the worst person to lose in a band because obviously it changes the whole dynamic and sound of the bands music – not just from what you hear when you see them play or listen to their music but from the song writing side of things too – but I’m confident we’ll find someone who’s right for the band and we can continue the positive momentum we’ve built up over the Summer. It’s been great working with Tom over the last 5 months, I wish him success in his new course at University.

Also in the last month, guitarist Dom Clarke had an unfortunate encounter with someone who was pretty good at football – breaking his wrist whilst playing in goal. We were forced to temporarily draft in a replacement guitarist in the form of 16 year old Sam Gordon who learnt all of Lost Lungs tracks in the space of a week! Dom is now back in action (albeit in a cast) so my thanks go to Sam for standing in.

Last Sunday Lost Lungs made their radio debut as guests on Brian Stonham’s Sunday Sessions programme on RWS in Bury St Edmunds, they were interviewed and played through five acoustic renditions of their songs. This was a test for the band as they’d never been on the radio before and they’d never performed their material in an acoustic set up before either. I wasn’t sure what to expect with regards to how it would go but I was really pleased and a little surprised at how well they all handled it and took the whole experience in their stride. The interview was great, they all came across well and the acoustic performances worked nicely too. Well done lads! You can listen to the set below:

Finally, last weekend Lost Lungs sent Tom off with two gigs in one day – the first at Bildeston’s B-Natural Festival in the afternoon and the second at the Steamboat Tavern in Ipswich. You can see photos of both of these in the photo gallery titled ‘Tom’s last day’ on our Facebook page. Below you can see a live video recording of ‘Childer Road’

Now, over the last weekend of August I had the pleasure of attending the very first Homegrown Music Festival which took place in the sleepy village of Barrow situated between Newmarket and Bury St Edmunds. I met up with the organiser Glen Moulds earlier in the year after I’d found out about it to discuss how I could get involved and at the time it was very much all in the planning stages – but it all came together and for one glorious (probably the last one we’ll see this year) weekend just over 1,000 people descended on the site to enjoy two days of excellent local unsigned artists from Suffolk, Norfolk, Cambridgeshire and Essex. I broke with tradition and camped for the weekend with Lost Lungs – an experience I very rarely take part in but have to say I thoroughly enjoyed myself and will definitely be returning in 2014.

Below are a selection of interviews I recorded when I caught up with Three Patch Problem, Horse Party, Mirror Signal, Soft Like Camel and Walkway.

Finally, the NMG Awards are in full swing as the judges met for the first time last week to discuss the long list – that will be published on Friday, 13th September. For full information, visit the dedicated NMG Awards website at www.nmgawards.com

This site uses Akismet to reduce spam. Learn how your comment data is processed.