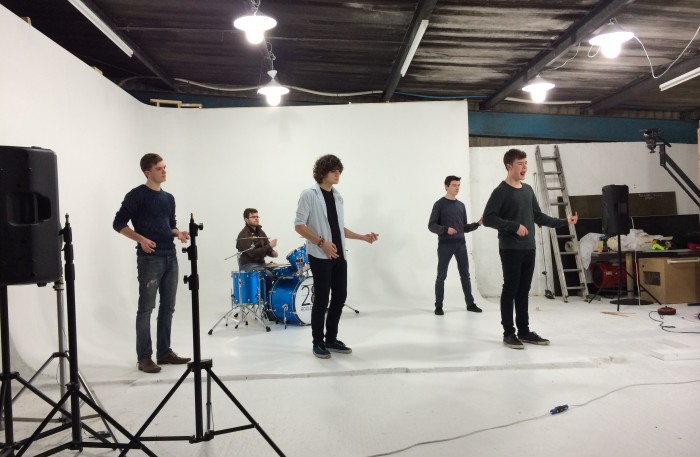 It’s been a busy few weeks for me one way or another, busy enough I thought it warranted a new blog entry.

28 Boulevard have been the main focus of my attention over the last fortnight as we put the finishing touches to their upcoming new EP release which will be out in March. It’ll be nice when March actually does roll round because this has been a long time in the making but actually a really good exercise in hitting deadlines. At the end of the Summer when it was decided the band wanted to release a new EP having spent a few months writing new material, we sat down and worked out a time table of events that would take us up to the release date. First up there was the actual recording process which this time was done completely by the band from scratch using experience they’d picked up from various members Music Tech courses at College and learning from the great Bugs at Half Ton Studios where their previous releases were recorded. We allowed 3 months for the actual recording and mixing process so it wasn’t rushed, all of that was completed by Christmas and then Lewis LK spent the Christmas holidays mixing the final versions ready for mastering.

At this point we had too many tracks to fit on to one EP so the process of whittling them down to a final number to be released began. This is always interesting because different members have different opinions and they certainly didn’t agree with me on some tracks – but then the nature of music is that some things are instant and some things take a while to grow and I can happily say that those tracks I wasn’t initially too keen on have grown on me to the point where I like everything (I still have my favourites of course). The AA side of ‘This Is What/Who Are You’ won’t be appearing on the EP because there are too many other good tracks waiting to take it’s place! The good thing about having more songs than you’ve got room for is that we’ve got more tracks in the can to release as stand alone singles in the future.

The decision as to what the lead single release was going to be from the EP was thankfully unanimous so that made putting plans for the music video together easy. As with the video for ‘Logistics’ the video was filmed by Nigel Kinnings with director Tim Lloyd Kinnings returning after his non oscar winning performance on the last one. I do worry about Tim though who’s ideas for videos are a bit whacky and surreal but you’ve got to hand it to him, very creative and entertaining. The band spent twelve hours filming last Friday at The Works Studios just outside Cambridge, a gallery of photos from that shoot is available to view in the Gallery section of this website. It’s the bands second proper music video and I can’t wait to see how it turns out.

Whilst the video gets edited and put together and the tracks get mastered the finishing touches of the plan is to work on the promotion elements and artwork. The lead single will be ‘Electric Feet’ and will be released by the end of February with the full EP released by mid-March. The plan then is to release a second single from the EP after Easter with a second (more basic) music video. 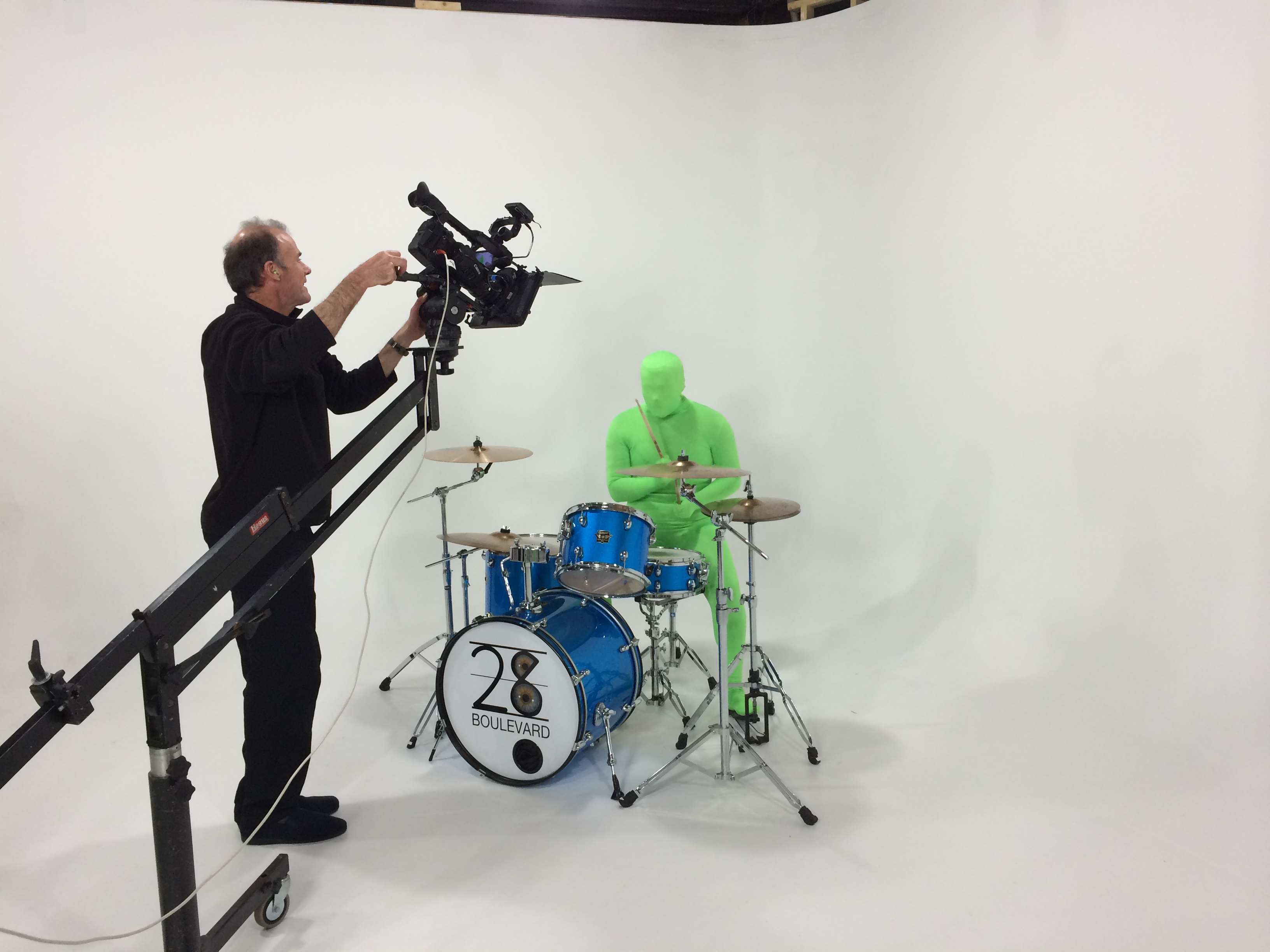 In addition to that we’ve got some acoustic material in the can which the band spent a morning recording at Cream Room Studios in Ware with Martin Lumsden and his team so expect to see something from that released soon too. Finally there will be another live stage video from the bands upcoming gig at The Cambridge Junction next Friday.

Credit to the band who’ve stuck to the plan, kept things on time and worked very hard to get to the point we’re at now. We’re going to really push this EP and it’s singles to enable the band to take the next step up the proverbial ladder. They deserve a lot of positive recognition from the EP and the video, it’s the least they deserve for all the work that has gone in to it.

In addition to The Junction on 17th January the band will also be playing at The Portland Arms on February 4th and in Norwich at Bedford’s Crypt on February 7th.

So what of Lost Lungs? Well they’ve had Christmas off, deservedly so after a busy end to the year gigging and raising their reputation as a band within the local music scene. In my last blog I told you that they were about to play at the Cambridge Junction themselves – and they did – alongside a stellar line up which included Improvised Beach Party, From The Woods and Total Emergency. It was an interesting evening, it’s fair to say that the night didn’t go without it’s hiccups but a broken guitar string, intermittent amp problems and blood shed later it all came off and they created a positive impact on the audience who were mainly there to support other bands. If you can convert neutral fans in to supporting and cheering you on at the end of your set then you’ve done something right and that was certainly the case. Problems aside, they coped with everything that was thrown at them very well and didn’t let playing on a big stage like the Junction get to them, which was another plus.

The band return to gigging on 31st January in Ipswich and will follow that up with gigs in February at the Hunter Club in Bury St Edmunds and in Ipswich in March supporting Horse Party.

And about that long term plan for recording an EP I explained earlier – I’ll be going through it all over again soon as Lost Lungs start to record their debut EP. 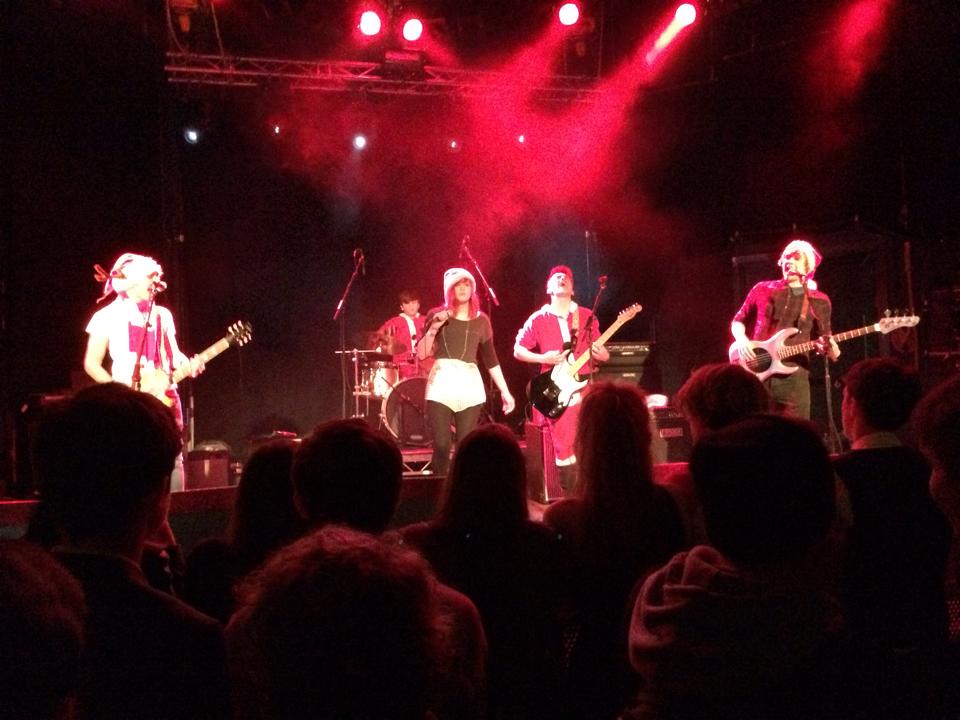 Away from the artist management side of things I’ve confirmed the next 6 Acoustic music nights in Cambridge which start up again at the end of this week. Artists performing include Rachel Clark, The Facadé, Nathan James King, Reece Hughes, Meet Me At Dawn and Pablo Zero. You can see a full list of the line ups on the Acoustic Nights page of this website.

Abbey Rocks! debuts at Cambridge United’s stadium on Newmarket Road in the city on February 1st with a line up including The Varsity, Friday 13th, Shelby Hannah, Meet Me At Dawn and Melody Causton. Tickets are £5 and the night kicks off from 7:30pm in the Dublin Suite (under the main stand). This is an Under 18s friendly event and the first of many, I hope!

On the radio side of things I’m looking forward to interviewing Cathedrals & Cars and Healyum later this month for Cambridge 105 and From The Woods,  Just William & The Outlaws, Tom Lumley and Alicia Catling for Star Radio. For a full list of radio guests, see the Radio page of this website.

That’s it, you’re now completely up to date.

See you in February!

Release date: 14-May-2021 Sages of The Subway My Mind Learn more