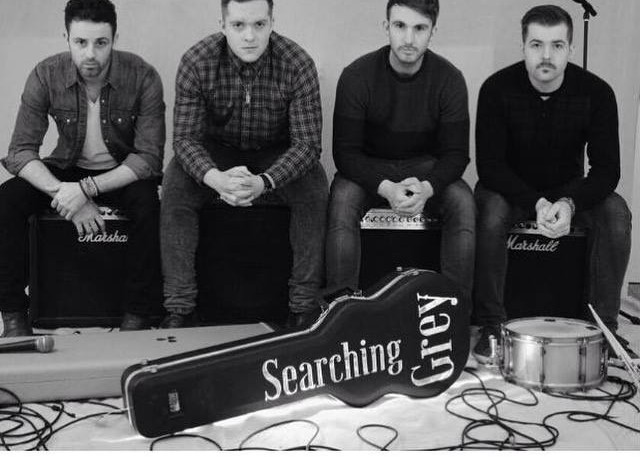 Welcome to the third and final instalment of the March blog!

Exciting times are ahead for STAYCATIONS who announced yesterday a support slot with High Tyde on the Cambridge leg of their UK tour which takes place at the Portland Arms on 11th April. It’ll be their first live date since playing at the Cambridge Junction at the end of December. High Tyde are a Brighton based band who’ve enjoyed lots of support from BBC Introducing on a national scale and are a band who realistically who’s footsteps STAYCATIONS can aim to follow in. The band know High Tyde’s management well having recorded their debut EP down there a few years ago so it’s great to have another opportunity to play with them.

The band are releasing two new singles during April and May, both backed by a national PR campaign with Prescription PR. Using a PR company to publicise the new recordings will bring STAYCATIONS to the attention of influential journalists and bloggers otherwise known as ‘taste makers’ who will hopefully like the new tracks and support them by writing positive reviews about them which in turn creates a buzz and helps us push the band another level by pushing their reputation outside of East Anglia for the first time. It’ll put us in a strong position ahead of a summer of festivals and an upcoming gap year.

History & Lore are back on the live scene too having played a gig for the first time in a few months at their own University’s Academy on Thursday night. The set gave the band the opportunity to try out some new material – most of which I’d heard for the first time. It’s great to see them continuing to develop their sound with even more guitar fx and the addition of a electric drum pad. There are plans to record some new material soon and judging by what I’ve heard live their new release will be just as good, if not better than their debut EP. I’m going to London with them tomorrow evening (Sunday) as they play the Fiddlers Elbow, it’s their first gig in the capital for a while so it should be a good night.

The Abstracts are playing tomorrow for a chance to grab a set at the Rock the Priory festival and are also gearing up for recording their next music video which apparently I am to be an extra in! They also have a TV special airing on Cambridge TV on Good Friday which features an interview and some live footage.

Searching Grey have consolidated as a four piece as they parted ways with guitarist Sam. They are recording some new songs in the studio soon as well as playing their next gig at the Portland Arms on Thursday night for our NMG Sessions.

Meet Me At Dawn play in the final heat of the Cambridge Band Competition at the Portland Arms next Saturday evening, their first live gig for a while.

And finally, some updates on our new signings – Deep City won their heat of the Cambridge Band Competition’s under 18s segment last weekend so go in to the final next Saturday afternoon for a chance to win the competition outright. Tom and Paris came a close second and had their track ‘Wurlitzer’ put forward for a song writing prize. Deep City are recording at Crooks Hall studios after Easter and Tom and Paris are spending some time with the team at the Cream Room in Hertfordshire to help develop their song writing skills.

Have a great Easter, more blog entries in April.