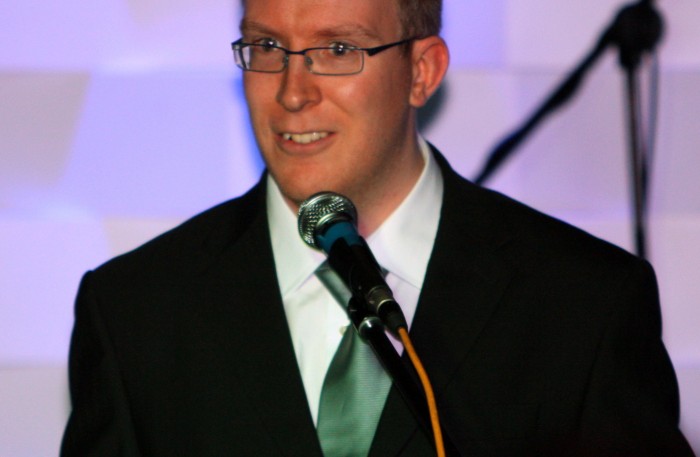 It’s the October blog update…. half way through November!… Sorry.

It’s been such a busy six weeks that my feet haven’t touched the ground (of course, that’s metaphorically speaking otherwise I’d be some kind of super human) but I can only go so long with having this website looking a little out of date so I’ve put that right today.

Firstly, some important and serious news..

As of tomorrow (Tuesday, 19th November), I will no longer be working with or representing Lucid. Truth be told things haven’t  been plain sailing for a little while and I think the band are right in their wishes to go off and develop their careers by themselves, being honest they’ve developed in a different direction to that I had anticipated when I signed them almost a year and a half ago – a representation just how much they have come on in that time – and they need opportunities that are stretching outside of what I am able to help them with, and more importantly those that are different to 28 Boulevard and Lost Lungs. I have plenty more ideas and plans to develop my other two bands in the long term but was struggling with Lucid and at the end of the day, only they know best where they want to take their music and I wasn’t going to stand in their way. I am proud of all that we’ve achieved together, you only have to look at where they were in August 2012 and where they are now to see that. Together we’ve recorded an EP, held a hugely successful EP launch, released two well received singles and videos, held another hugely successful headline summer gig and debuted in London – and most importantly of all the bands reputation and standing within the local music scene has risen considerably and that really is one of my key objectives achieved. I wish Lucas, Matt, Jacob and Tom all the best for the future.

At this time I’m not looking to sign anyone else to OTC Promotions, I feel very strongly about the abilities and possibilities in the future for both 28 Boulevard and Lost Lungs and wish to dedicate the extra time I may now have available from not working with Lucid equally to both bands.

Last month saw the inaugural NMG Awards which was held at The Portland Arms on 24th October (you can see a photo gallery of the evening on this website). It took months of pretty much single handed hard work to organise so I’m so pleased that it all went off without a hitch. I was taken back by the level of support it received from the local music scene from artists to promoters and the media, a huge thanks to the almost 200 people who attended. I can’t wait to do it all again next year!

So on to what the bands have been up to since I last wrote..

28 Boulevard released their AA side single for free download at the beginning of last month. ‘This Is What/Who Are You’  has been the best received release for the band yet which underlines their continued development and rising reputation within the scene. From being featured download on respected blog site ‘It’s All Indie’ and being reviewed by countless other music blogs from the local and national scene to being played on BBC Introducing Cambridgeshire and resulting in an invite for a live acoustic session next weekend. The track has been played over 1,500 times combined on the bands Soundcloud page and what makes it all the more impressive is that both tracks were completely the bands own creation – from songwriting to recording and mixing – everything was done themselves.

The bands focus over the last few months and continuing until Christmas is to record more material to put on to a new EP which will be released in the new year and accompanied by another music video which they’re due to film in January. The creative juices are certainly flowing at the moment to the extent that the EP could feature up to five brand new never-before-heard tracks. As with the AA side, everything is being self written and recorded.

As I mentioned, 28 Boulevard will be playing an acoustic set on BBC Introducing Cambridgeshire next weekend and the day before appear on HCR FM in Huntingdon. Gig wise, they play an MMG Takeover event at The Flag in Watford on Friday, 29th November and a set at the Black Bull on Saturday, 30th November.

I’m quite shocked at the achievements Lost Lungs have made in a very short space of time, I don’t think they will mind me saying that since I re-signed them under their new line up they have really got their act together and started to deliver on some of the potential that I saw when I first met them in the Spring. The first 6 months were pretty chaotic and not really what I signed up for but they’ve been a revelation since their appearance in BurySOUND (a band competition for up and coming young artists from Bury St Edmunds and West Suffolk). My last blog post was an addition to my previous entry and was posted on the night the band won their heat of the competition – against some tough competition they deservedly won the heat and booked themselves a place in to the final at the Apex in Bury which took place last Friday. The bands performance in the first heat was the first with Helena but you’d never have known, it was by far their best performance to date. So they made the final which was a great night and a valuable experience for them to have the opportunity to play on a big stage in front of a big audience on a big occasion with something riding on the outcome. They were runners up and although I know they could have pulled more of a performance out of the bag on the night they didn’t disgrace themselves by any stretch of the imagination and as a result of their participation they’ve already received gig opportunities elsewhere which is great.

Also in that time the band spent one Sunday at Half Ton studios in Milton working with producer Bugs (who has previously also worked with 28 Boulevard and recently Lucid) on recording ‘Childer Road’. Again, the experience was valuable for the band who conducted themselves professionally throughout the day to get a finished recording completed by the end of the time which enabled us to release the track prior to their BurySOUND performance at the end of that week. As a bonus, the track was selected for airplay by BBC Introducing Suffolk and I hope to circulate the track even further afield over the coming weeks. In addition to the recording session the band also had a photo shoot at the Works studios – the results of which you’ll see on the website and on the bands Facebook page.

The next live events for Lost Lungs are in conjunction with the Bury St Edmunds Christmas Fayre as they will be busking around the town on Saturday, 30th November and playing the Arc stage on Sunday, 1st December.

To finish, I’ve updated the Acoustic Nights and Radio pages of this website so you can see what’s happening in December. Acoustic artists performing at The Avery and The Bath House include Will Clark, Meet Me At Dawn, Lester J Allen, Shelby Hannah, Andy Clenaghan, Shaun Colwill, Boquet of Dead Crows, Reece Hughes and Honeywitch

On the radio my guests include Tom Rodiss (12 year old singer-songwriter), Soft Like Camel, Frett and Straw Bear (Cambridge 105) and Ollie & Will, The Staycations and From The Woods (Star Talent)

See you next month for the last blog of the year!