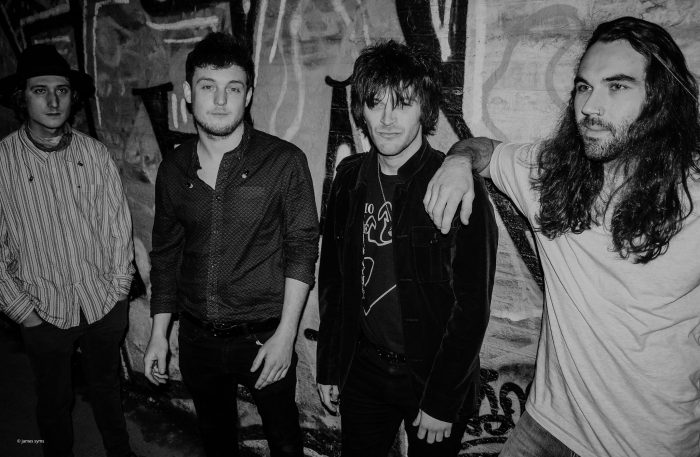 When I decided to get back into artist management full steam ahead again following the lockdown there were only 2 bands I really wanted to work with and I’m really pleased to say that I’ve signed both of them! (see previous post introducing Reno & Rome) My second new signing is The Extons.

I’ve been championing this band since 2016 when they sent me their debut single I Won’t Leave Lonely for airplay on the radio. They went on to play at The Portland Arms for me for the first time later that year and at Subterranean Festival at the Cambridge Corn Exchange a year later. In September 2017 they scooped the NMG Award for Best Indie artist – a controversial choice at the time because they were new upstarts to the scene and their fellow nominated artists hadn’t heard of them yet.

Well, fast forward to 2021 and it’s not just the scene in East Anglia they’ve dominated but UK-wide. 2019 saw the band’s single No Hope selected as BBC Introducing record of the week on BBC Radio 1 and the band played Reading and Leeds festival later that summer. The lads from King’s Lynn done good!

Their latest offering Danceboy (Something To Believe In) which came out at the beginning of the pandemic is in my book their best work released to date but having heard future demos set for release, it won’t remain that way for long.

I’ve a particular soft spot for these guys because they hail from a little town I grew up in on the Norfolk coast, they’ve gone from playing the local social club to stages at some of the most iconic venues and festivals up and down the UK. They are also some of the loveliest guys you could wish to meet and were always very supportive and helpful to me and previous signings Among The Citizens back in the day.

Now they’ve invited me along for the next chapter of their journey and I can’t wait!